Thank you for Subscribing to Agri Business Review Weekly Brief 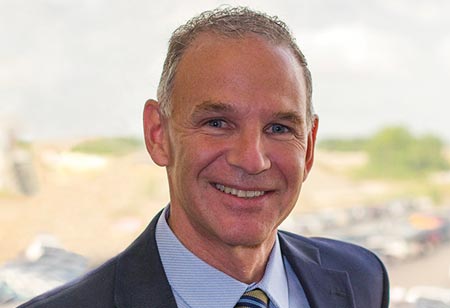 M&As in the Semiconductor Industry are Here to Stay

Mergers and acquisitions (M&As) have been prevalent in the semiconductor industry for the past two decades, and have substantially increased in the last 7 years or so, creating significant consolidation in the industry. These mergers and consolidations are major, multi-billion dollar deals that are streamlining the future of the semiconductor industry, and it’s no wonder why: in 2021, semiconductor sales are expected to reach $527.2 billion globally, according to Statista. In the last 5-10 years alone, we’ve seen at least eight major acquisitions, including: • Avago acquiring Broadcom for $37 billion in 2015, • Infineon’s acquisition of International Rectifier for $3 billion in 2015, • ON Semiconductor purchasing Fairchild for $2.4 billion in 2016, • The Analog Devices acquisition of Linear Technology, a $14.8 billion deal in 2016, • Microchip’s acquisition of Atmel for $3.56 billion in 2016, • Renesas acquiring Intersil for $3.2 billion in 2016, • Infineon later purchased Cypress for $9.78 billion in 2020, • Analog Devices later purchased Maxim Integrated for $20 billion in 2021, • And the large deals go on and on. We expect these types of deals to continue for many reasons – technology continues to evolve, interest rates are low, and market caps and buyers’ stock prices are high, which allows for easier stock deals and borrowing money. There are also a variety of new markets on the rise, including 5G, artificial intelligence, machine learning, automotive and electric vehicles and IoT sensors, creating many new use cases for semiconductors. Acquisitions are an efficient way to fill out a supplier’s offerings and offer end customers a robust solution offering. Digi-Key is proud of our very extensive portfolio, which has served us well through all this market consolidation. Whenever there has been an acquisition, we almost always already carried both lines. That has resulted in many synergies for the newly merged companies, and exhibited further proof of the stability that Digi-Key provides our customers.

Of the eight major acquisitions mentioned previously Digi-Key has been the only e-commerce distributor that has carried all the lines when the acquisitions were made. We’re proud to be the only constant on both sides of the ledger and are honored to continue working with the companies as they complete their mergers and transformations.  Benefits to the Suppliers Oftentimes when talk of an acquisition or merger comes up in a company, employees get scared of looming changes ahead, but there are many significant benefits to this trend of semiconductor companies merging. Of course, the greatest benefit from the supplier perspective is the hope and expectation that 1+1 equals something greater than 2. Deals of this magnitude take a great deal of thought and forecasting, and likely will prove very beneficial in the long run from a financial perspective. As a supplier grows their portfolio, they become more valuable to their customer – offering them more parts and being a bigger part of the entire solution. By acquiring a full solution offering through various acquisitions, the supplier can solution sell rather than selling individual products, which greatly increases their profitability and importance to the end customer. As they sell more, their collective buying power also increases, allowing them to purchase more raw materials and capacity, and hopefully become more competitive as a result. We’ve also seen the finest talent retained and remain within the industry as teams and leadership change. That might not have been the case 20 years ago when the purchasing company might have come in and cleared house, but as the industry and this consolidation trend evolves, we’re seeing purchasers examine the different strengths of the teams and leadership of the companies they acquire, and recognize the benefit of having leadership stay on to run the business. It’s become a very collaborative process, and one that we actively help our partners promote however we can. On the Digi-Key side, it’s a seamless transition because there’s really no learning curve for us on how to market the products, work with the supplier, and deal with their team – we’ve got the familiarity on all fronts. And because of our team’s technical know-how, we understand the product synergies very well. We’re able to take the elements and strengths of both companies and market them to the global engineering community, promoting the newly merged company as stronger than ever. As the big companies keep getting bigger, inventors of new technologies and products may be concerned they can’t compete with the big guys. And at some level, they won’t be able to. But the inventors of truly new, cutting-edge offerings won’t need to compete – they’ll have more opportunities to be bought out instead. Those who have a truly differentiated technology will likely get purchased quickly by a smart and supplier. Transforming the Industry of the Future Looking ahead, we predict the industry will see larger suppliers offering broader portfolios since they’ll be purchasing companies that have synergistic products in order to sell a broader range of product offerings to their customer base. The suppliers will be able to go to a customer or an engineer with deeper offerings and provide a solution sell, rather than a one-off widget. Companies have come to learn that the more important they can be to a customer, the more respect they get. If you look back 25 years, everyone was trying to sell their individual part, whereas over the past 5-10 years, it’s truly become more of a solution sell. Suppliers have found that customers are more engaged with those that can offer more of a solution rather than a product. For instance, yesterday a supplier was perhaps just selling a single fuse sensor, but today, they’re more likely to market 7 or 8 parts together to form a solution, and customers can grab ahold of that more easily. I expect to see these acquisitions continue to happen over the next few years – companies have a lot of cash on hand right now, and they’re likely to put it towards investments that will add to their bottom line and stock value – investing in a portfolio rather than letting it simply sit in the bank. We also expect to see a bit of M&A activity beyond just semiconductors, as companies continue to diversify outside of the industry. That conversation is for another day and another article, but I’ll certainly be keeping an eye on it, and other electronic component stakeholders would be wise to do so, too.
This content is copyright protected

However, if you would like to share the information in this article, you may use the link below: